Just added to your cart

One Legend, One Princess: Kobe Bryant and Gianna Bryant's Short, But Incredible Life

Basketball legend Kobe Bryant was among the passengers who died on Sunday in a helicopter crash in Calabasas, California. He was 41 years old. Bryant’s 13-year-old daughter Gianna was also one of the nine killed in the crash.

Bryant and his daughter were on their way to play a basketball game at Mamba Sports Academy in Thousand Oaks, California before the fatal crash.

While the official cause of the crash is unknown, it is known that visibility was low Sunday morning in Calabasas. Even under the foggy conditions, the Sikorsky S-76B helicopter was operating under “special visual flight rules.” An SVFR clearance allows pilots to fly in weather conditions worse than those allowed for standard visual flight rules.

Bryant’s former pilot, Kurt Deetz, told CNN that the Sikorsky S-76B is “very reliable” and that “they don’t just fall out of the sky.” The Federal Aviation Authority, National Transportation Safety Board, and FBI are investigating the crash.

The loss of the NBA MVP has devastated people around the world. Bryant’s death has sparked an outpouring of grief and tributes from everywhere. 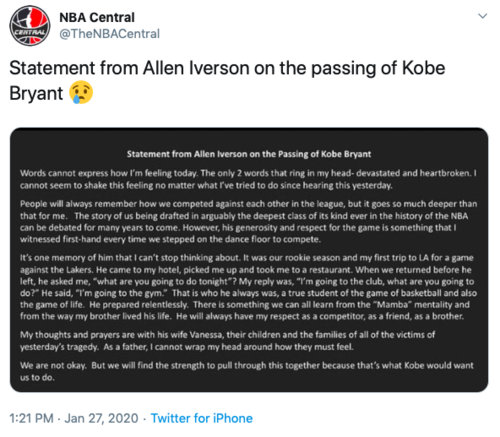 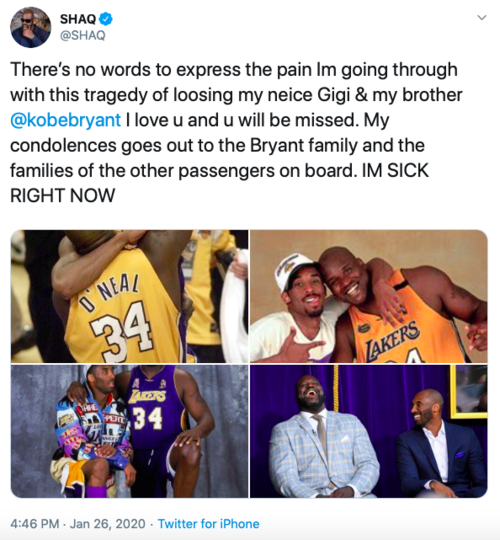 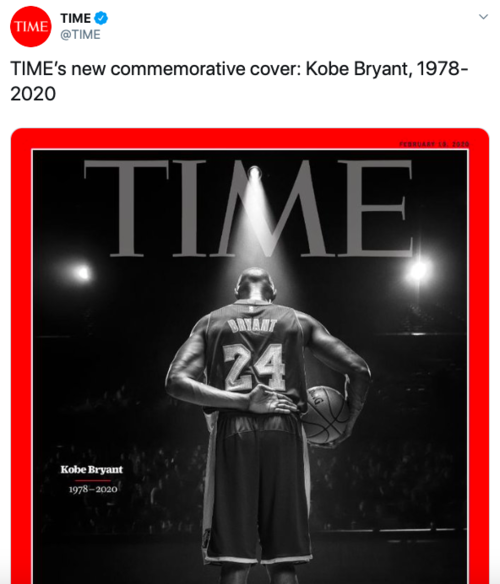 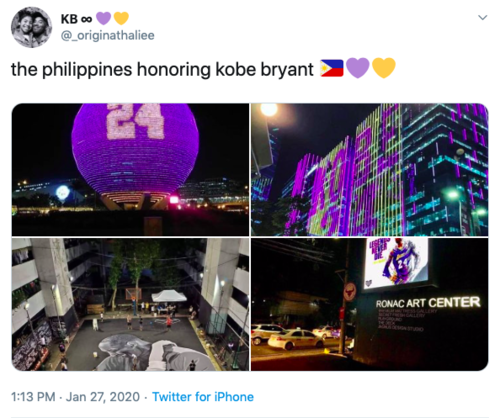 Nick Kyrigos, an Australian tennis player, warmed up for his match with Rafael Nadal wearing Bryant’s No.8 LA Lakers jersey. 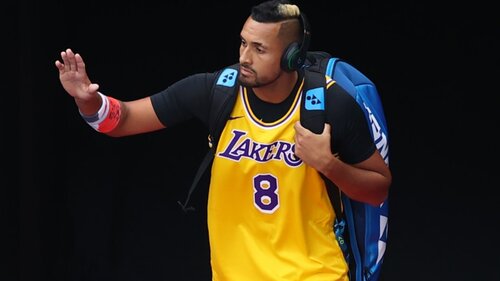 Ryan Seacrest shared a photo on Twitter of a New York subway tribute to Bryant. At the 42nd-Street Bryant Park stop, someone posted “Kobe” above a sign so that it now reads, “Kobe Bryant Park.” 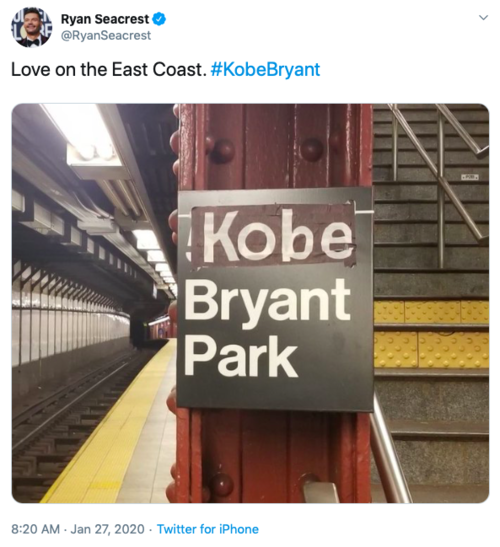 Kobe Bryant and Gianna Bryant may have left this world too soon, but their accomplishments shine bright through this tragic time. Remembering the highlights of Kobe Bryant’s career is the best way to celebrate his life, and all he had done with it.

For Bryant, it all began at Lower Merion High School, where he was a basketball star. Despite multiple offers to play college hoops at Duke, North Carolina, Michigan and Villanova, Bryant decided to try his luck with the 1996 NBA draft.

Bryant went 13th overall to the Charlotte Hornets but was immediately sent to the Los Angeles Lakers. 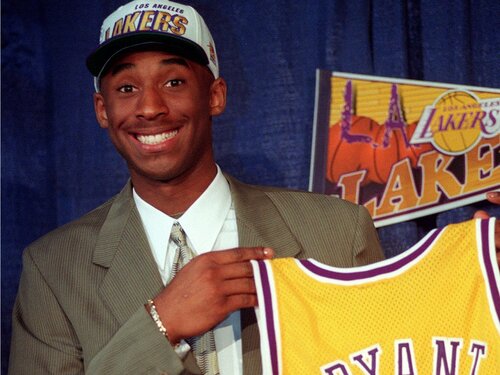 Bryant joins the Lakers early on in his career. Via Business Insider.

It took him some time to adjust to the pros, but he got the hang of it. During his second season in Los Angeles, Bryant became the youngest All-Star in NBA at 19 years old. 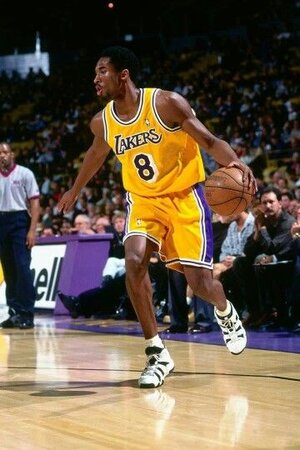 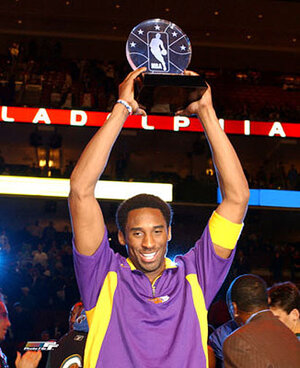 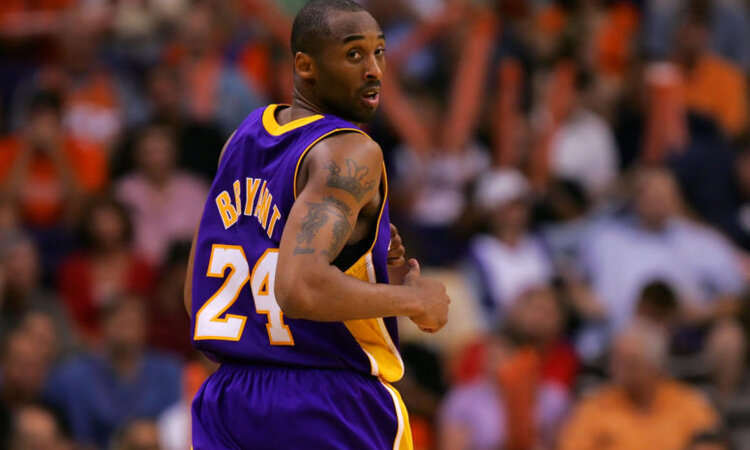 PHOENIX - MAY 02: Kobe Bryant #24 of the Los Angeles Lakers looks back while running downcourt in Game Five of the Western Conference Quarterfinals during the 2007 NBA Playoffs

Two years later, he earned his first and only NBA MVP accolades. Bryant was on a roll, leading the Lakers to victory. He also won Olympic gold medals with Team USA in 2008 and 2012. 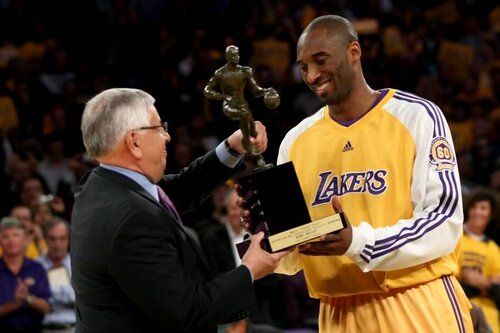 In 2013, Bryant’s career took a turn when he suffered a season-ending Achilles tear during a game against the Golden State Warriors. After he tore the tendon, he famously took – and made - both free throws before exiting the court. 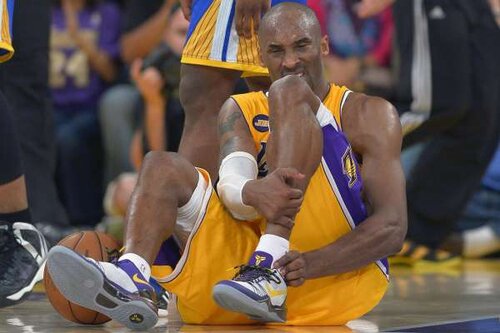 Over the next few seasons, Bryant endured various other injuries. After that, he deciding to retire after the 2015-2016 season. In his final game, Bryant scored an NBA season-high of 60 points to famously cap his career. He had spent his 20-year professional career with the Lakers, and the franchise repaid his loyalty by retiring both his No. 8 and No. 24 jerseys. 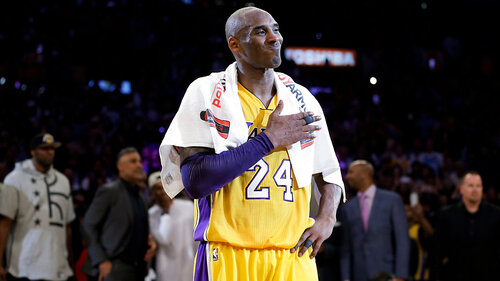 Los Angeles Lakers' Kobe Bryant pounds his chest after the last NBA basketball game of his career, against the Utah Jazz, Wednesday, April 13, 2016, in Los Angeles. Via Spectrum Local News

But he didn’t stop there. He started Kobe Inc. in 2018. He published a book the same year entitled “The Mamba Mentality: How I Play.” He also wrote and narrated “Dear Basketball,” the Academy Award-winning animated short about his love of basketball. 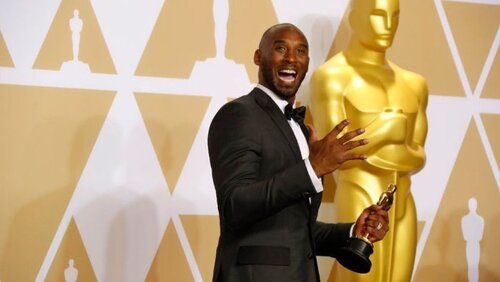 Kobe Bryant in the press room of the Academy Awards after winning an Oscar for his animated short “Dear Basketball” on March 4, 2018. via LA Times

Bryant had also begun to pass his love of the game onto his daughter, Gianna. “Gigi” was the second of four children to Kobe Bryant and was born May 1, 2006. As a young child, Gigi became a fixture at Lakers basketball games to cheer on her dad. 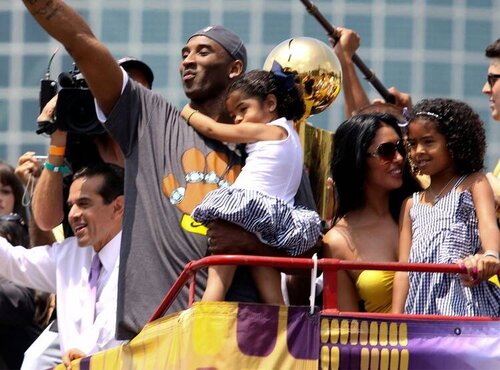 The basketball star celebrated a Lakers victory with Vanessa and the kids at a parade in Los Angeles back in 2009. via E Online

As GiGi grew into a young teen, her love for basketball grew. She began playing competitive ball year-round, with her father helping to coach her team. During an interview on Jimmy Kimmel, Kobe said that Gigi “for sure” wanted to play in the WNBA someday. 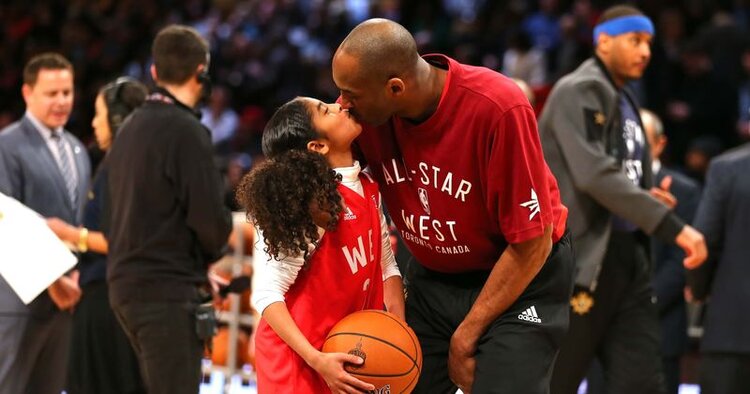 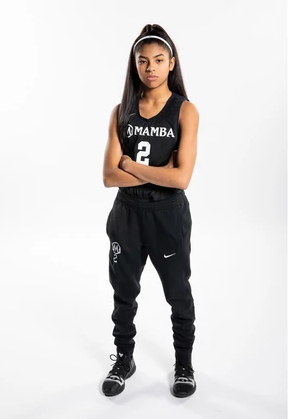 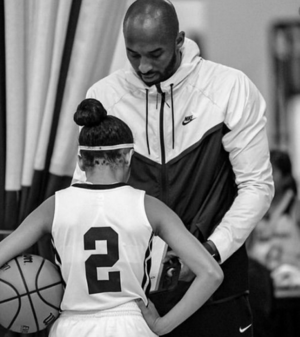 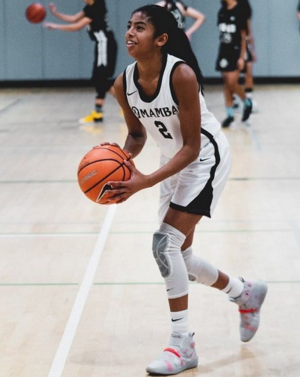 Her father said, “The best thing that happens is when we go out and she’ll be standing next to me and fans will come up to me like ‘Hey, you gotta have a boy, you and (Vanessa) gotta have a boy — somebody to carry on the legacy and the tradition’ and (Gigi) will be like ‘Oy, I got this. We don’t need a boy for that. I got this!'”

And while the father and daughter died en route to doing what they love, they shouldn’t be remembered for this tragedy alone. In an interview with ESPN in 2015, Kobe Bryant reflected on his own legacy and how he wanted to be remembered, and it couldn’t have been said any better.

“So if I could be remembered as a person that was born with a lot of talent but did everything he could to try to overachieve and lived everyday as if he was the 12th guy on the bench — you know I think that's a very powerful message to have."